The Military Assistance Command, Vietnam - Studies and Observations Group (MACV-SOG) was a secret U.S. special operations unit that conducted covert, irregular warfare before and during the Vietnam War. Some SOG members imitated the uniforms of the Russian military by dyeing their own uniforms black to make the enemy think they were on their side. This post-dyed camouflage imitates how the SOG personnel had their own uniforms post-dyed in black. Because the tiger camouflage fabric is overdyed in black, as it ages, the black dye from the top will begin to fade and the camouflage pattern will become more visible.

During the Vietnam War, there were many civilian models of Wet Weather Gear, such as ponchos and parkas. Tailors in Vietnam at that time only had sewing machines that sewed seams while winding the fabric (a sewing machine used for mass-produced American workwear), The reissued McCoy's parka is made by folding down the seams (the result is as strong and durable as winding the seam on a main-stitching machine). 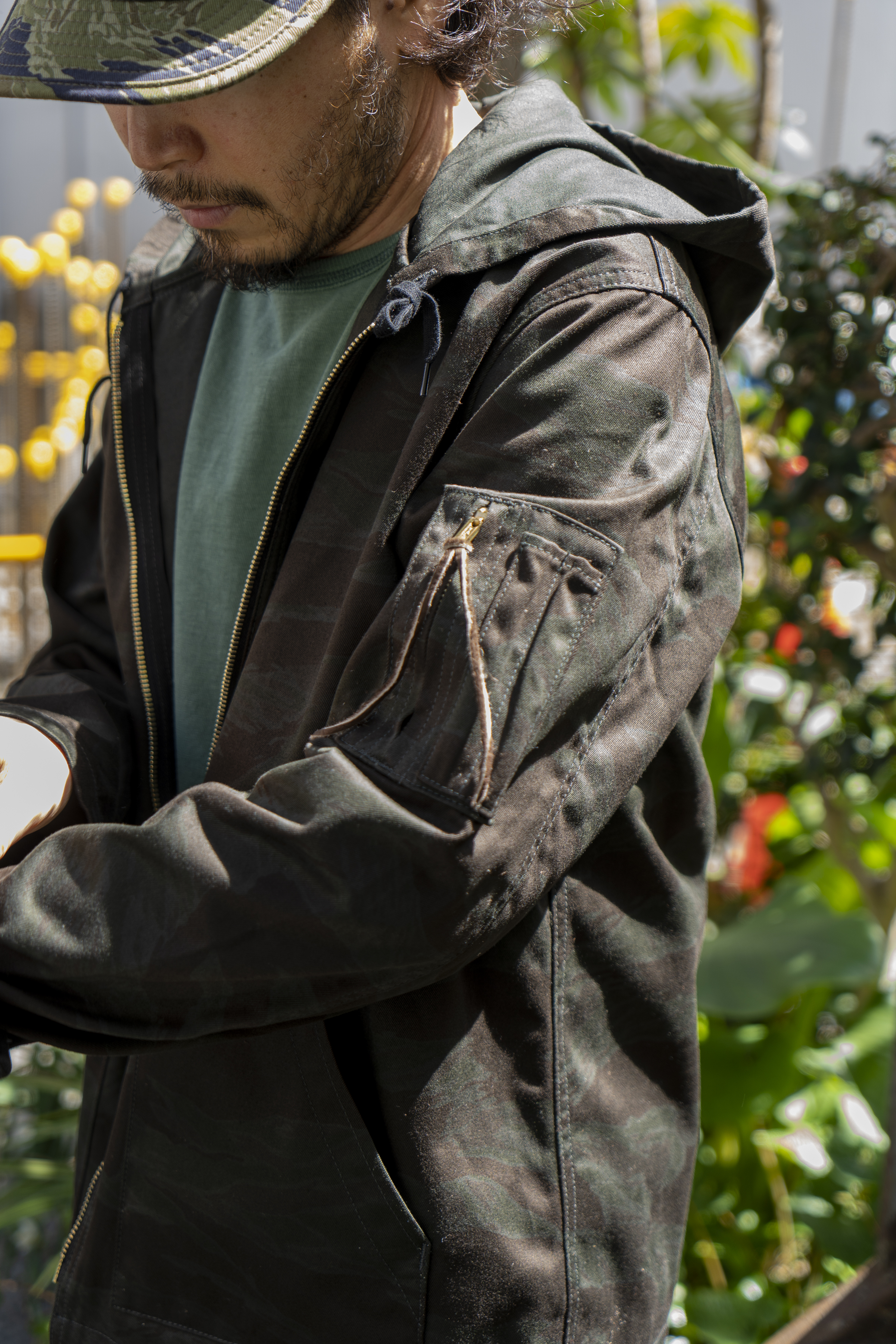