Although the Salvage parka is officially called the 'Decontaminate Smock Parka,' it carries several names such as 'Salvage' and 'Gunner’ Parka. There are also approximately 4 to 5 different styles, including those using denim.

While the early model button pullover features a single chest pocket, this is a reproduction of the later model featuring diagonal pockets on both sides and straps to tighten the sleeves around the wrists.

The white colour was considered default, but those dyed in colours such as green, red, and yellow began to appear to distinguish different departments and duties.

For example, red was worn by ordancemen who worked with weaponery, and yellow was worn by aircraft handling officers. Because many of the parkas were disposed of after single-use, very few remain today especially the dyed variants.

The parkas were considered more as tools than clothing because of its single-use utilisation, and therefore had cloth strings for fastening as opposed to metal hardware. Though the hood is large in comparison to its body, the opening of the hood is circular and small to not allow any particles inside the garment when gasmasks were worn.

As it was used as work wear, it has a larger silhouette, taking into account the amount of movement the workers required. Additionally, having been used for decontamination, the sleeves were made longer to prevent radiation from entering, and had strings circling the face, wrists, and hem to adjust the fit.

The number of bar tacks on the chest indicates the size [1 bartack (S), 2 (M), 3 (L), 4 (XL)]. The vintage models often only had the bar tacks on a single side; we have sampled a model with double bar tacks. 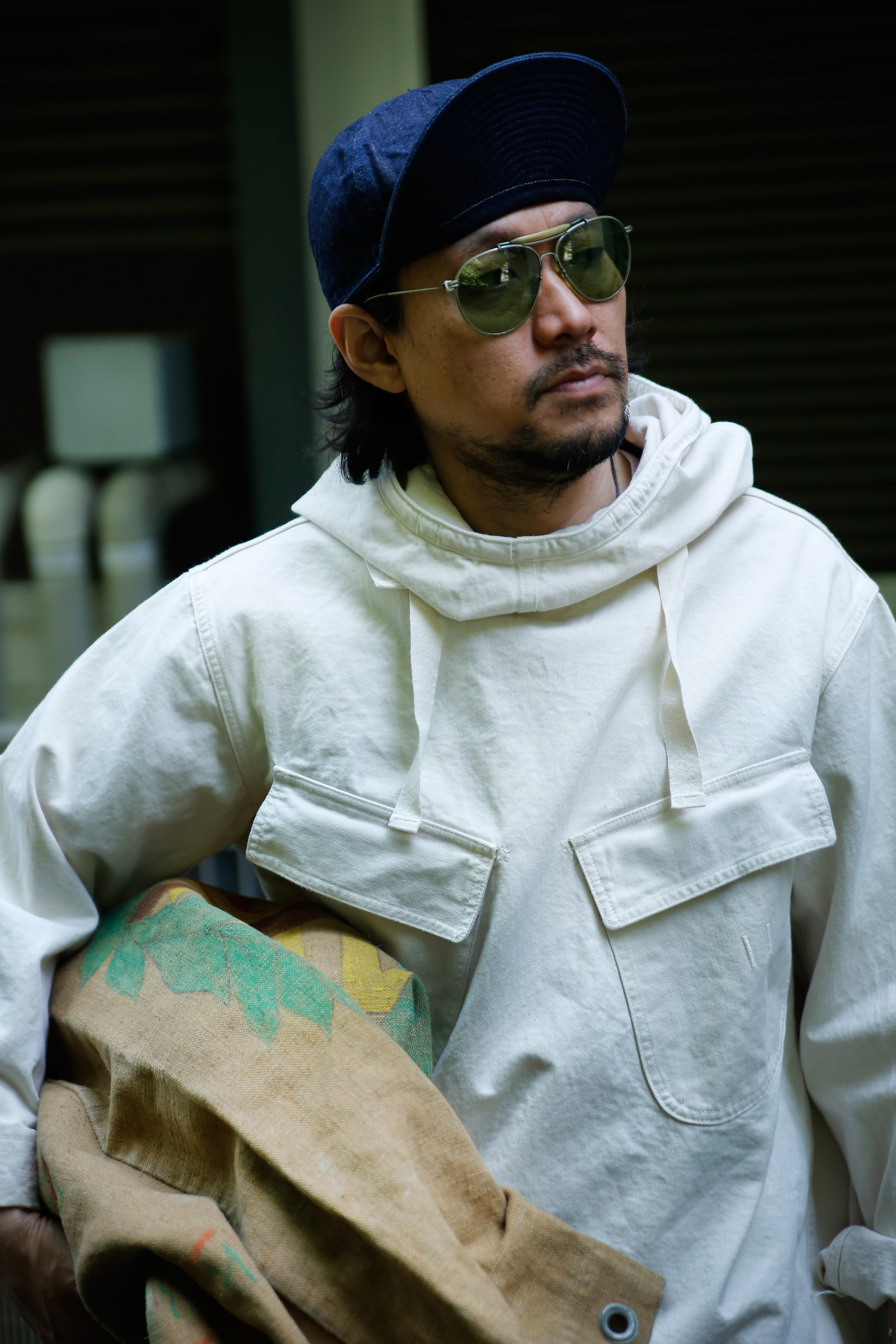 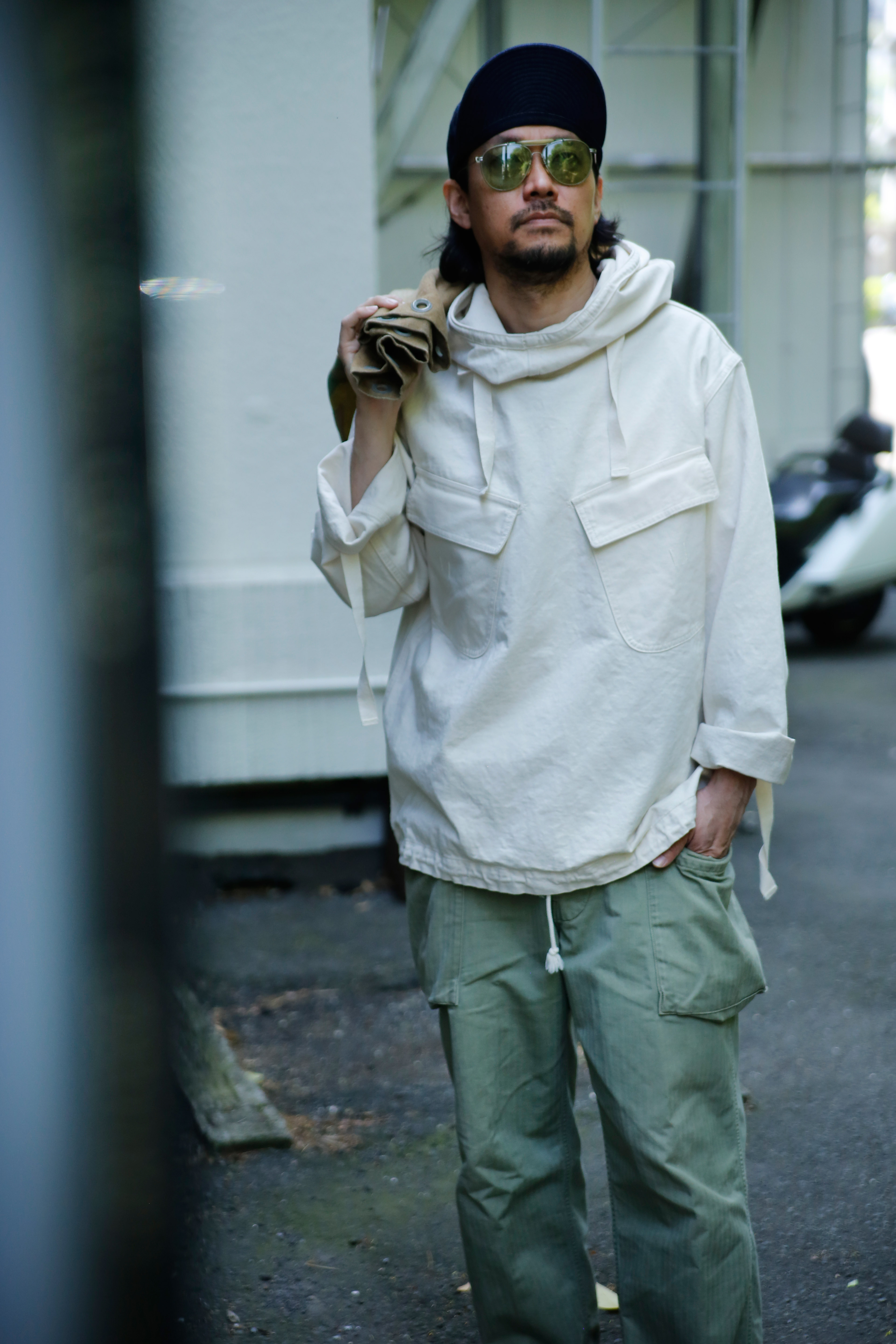