The N-1 Navy Custom model for 2021FW was created based on transport ships that the Royal Canadian Navy used to supply the British forces along with the U.S. Navy during World War II.

On the right chest is a felt patch with a U.S. Coast Guard skull, maple leaf from the Canadian flag, and the words HMC (Her Majesty's Cutter) meaning British ship. An embroidered Royal Canadian Navy patch on the left side of the body.

This item has a plain back, which is exclusive to therealmccoys.com and our London Store. 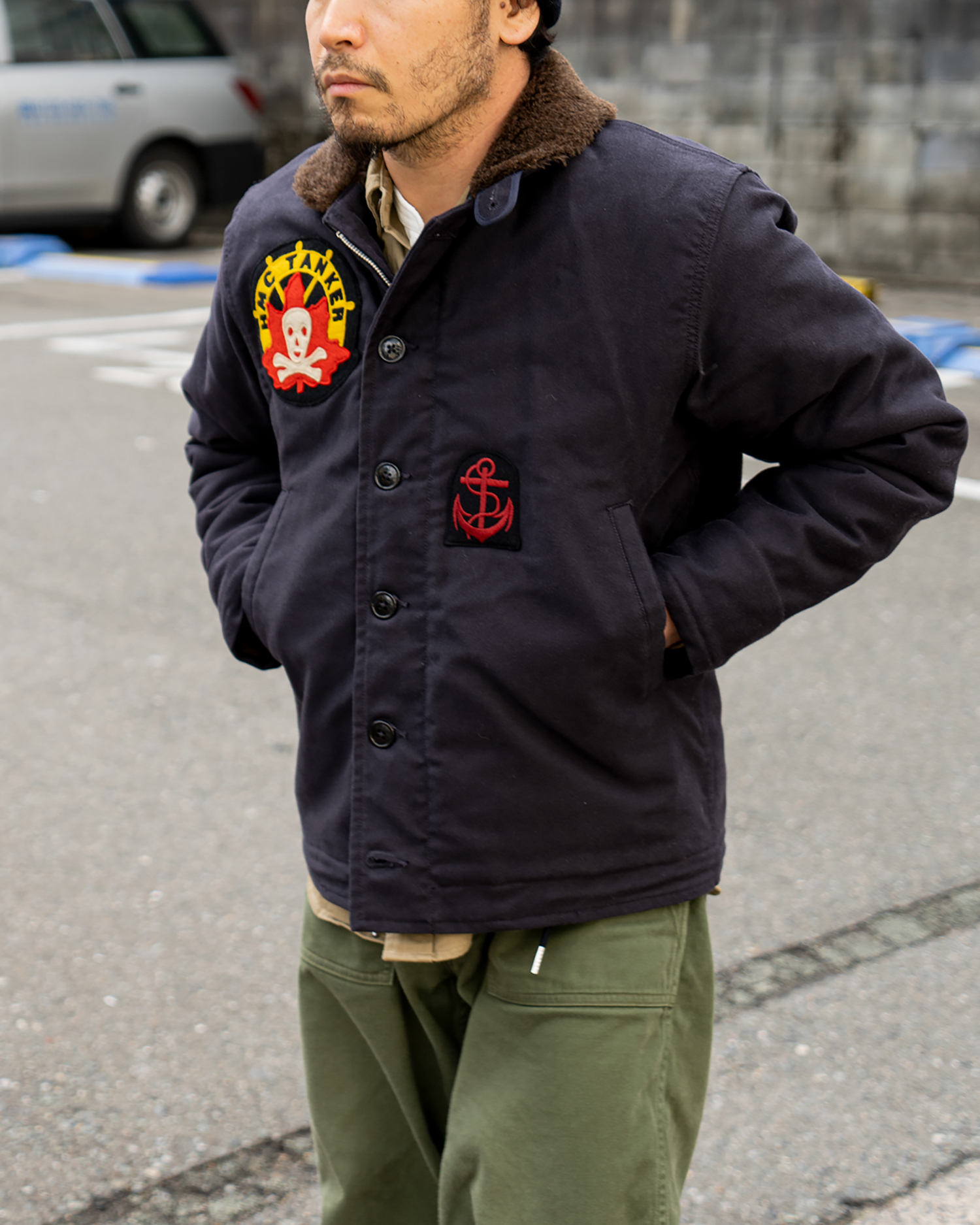 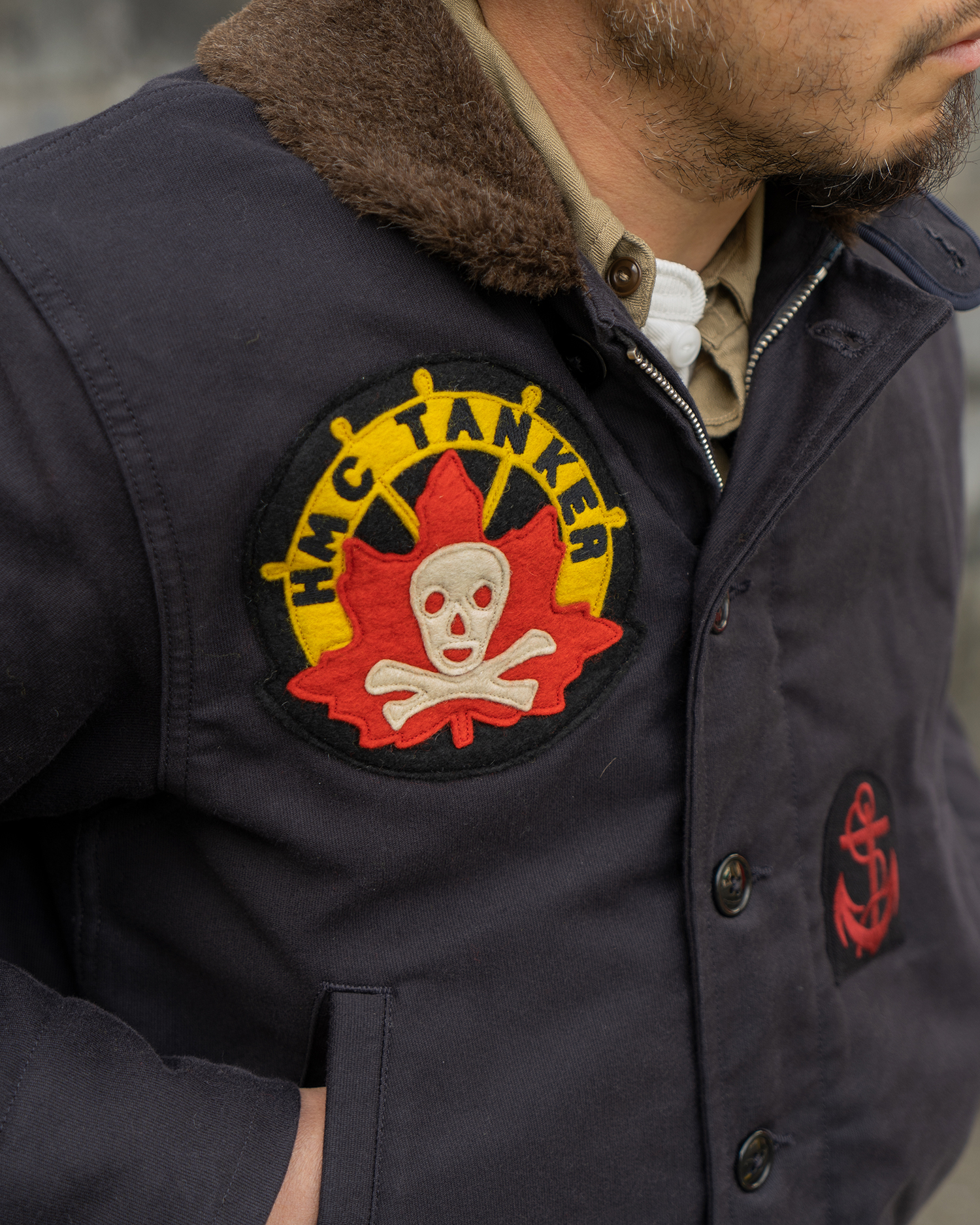