The key features of the Gurkha shorts are the two over-lapping belts on the waist band, the wide hem, the high rise, and its pleated design. The shorts get their name from the legendary Gurkha soldiers, considered to be the strongest soldiers in Nepal. The courage of the Gurkhas was praised even after Nepal was defeated by the British Empire in the Anglo-Nepalese War, with the British creating the Treaty of Sugauli in 1816 allowing them to enlist Nepalese citizens to fight for British Army. Our Gurkha shorts are based on the shorts the British military supplied in 1950. 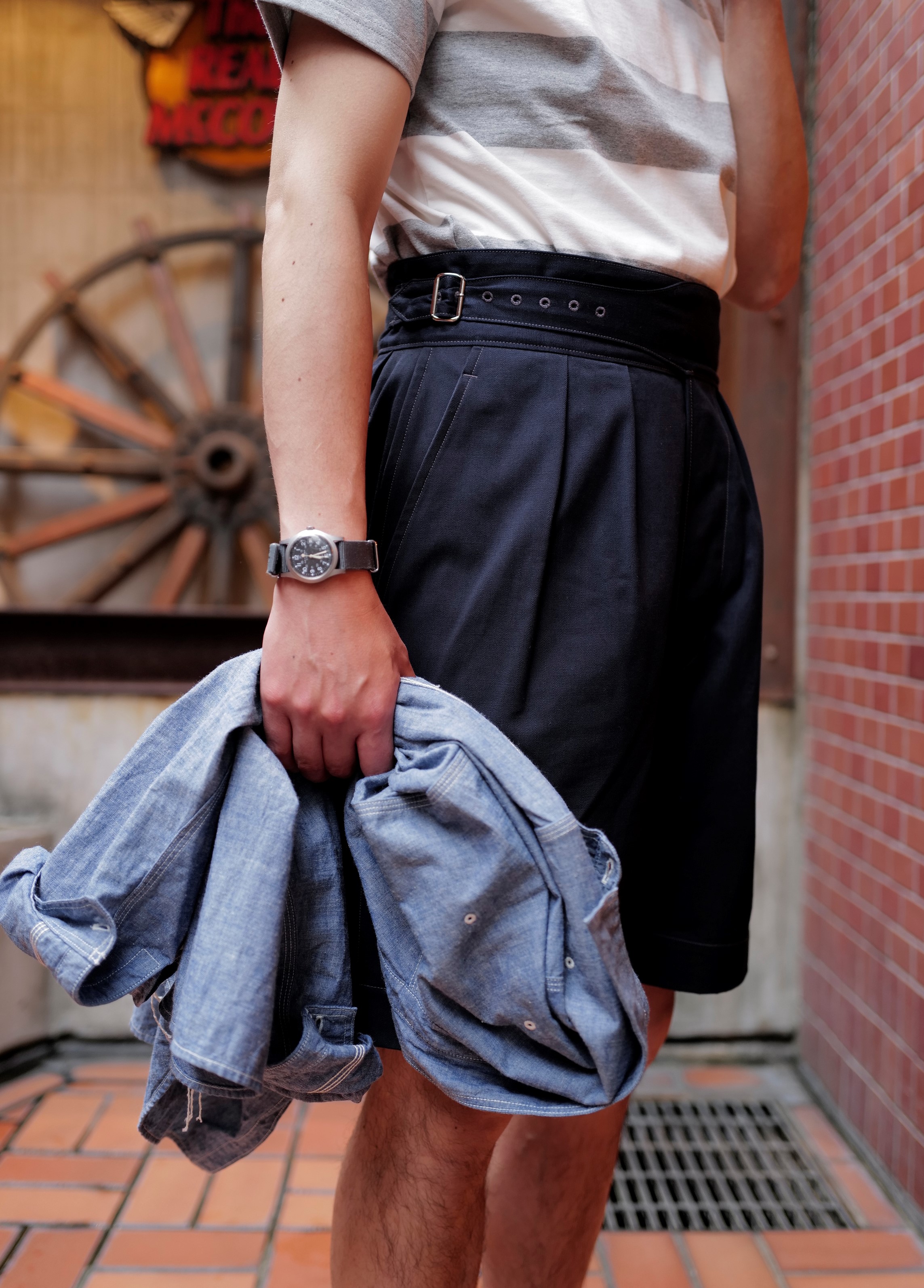