Since the 1940s, the U.S. Army have used suspender and belt systems to allow soldiers easy access and to also help take the weight carrying various equipment. In 1956, the U.S. Army developed the M-1956 Load-Carrying Equipment (LCE), which was also known as the Individual Load-Carrying Equipment (ILCE). It was issued in the early 1960s, and was used throughout the Vietnam war.

The M-1956 was designed to replace four different carrying systems which were starting to become outdated, the M-1945 Combat Pack, the M-1923 cartridge belt, the M-1936 pistol belt and the M-1937 BAR magazine belt. The M-1956 LCE design allowed quick configuration and customisation for specific missions. The M-1956 LCE remained in service until the 1980s and set the standard for future United States military load-carrying equipment.

Like the M-1956 LCE, we wanted to design a carrying system that stayed true to its original design but was more "urban friendly" and could be something that you could wear for everyday use. We opted for one strap instead of two, and in doing this we added an extra 360° spinning hardware to avoid the cotton webbing getting tangled in the process. The hardwares are all oxidised brass achieving that military matte black finish. What is really special about our suspenders, field pack is that it can be fully customised to each individuals needs, making it a great piece of utilitarian equipment. 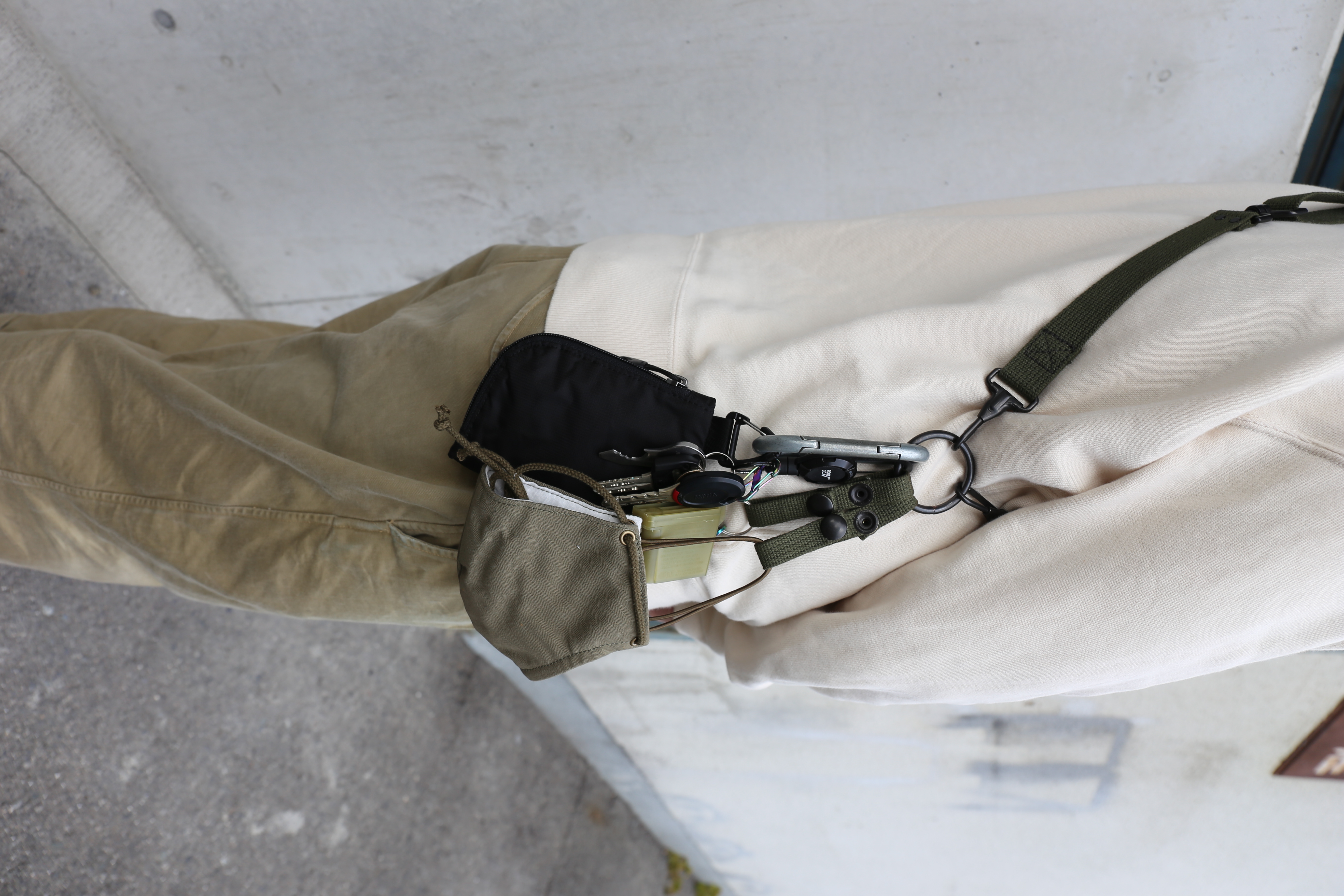