Souvenir or Tour jackets as they were called, were not only sold in Yokosuka where they originated, but also along numerous canteens across the Pacific Rim. Most were made in Japan, and Kiryu City of Gunma, which was known as the rayon fabric and embroidery production capital. The customized local designs from North to South were supplied to the U.S. Army bases. For the Alaska base, a fierce polar bear and dog sled is depicted on the black velveteen jackets embroidered by seasoned professionals. 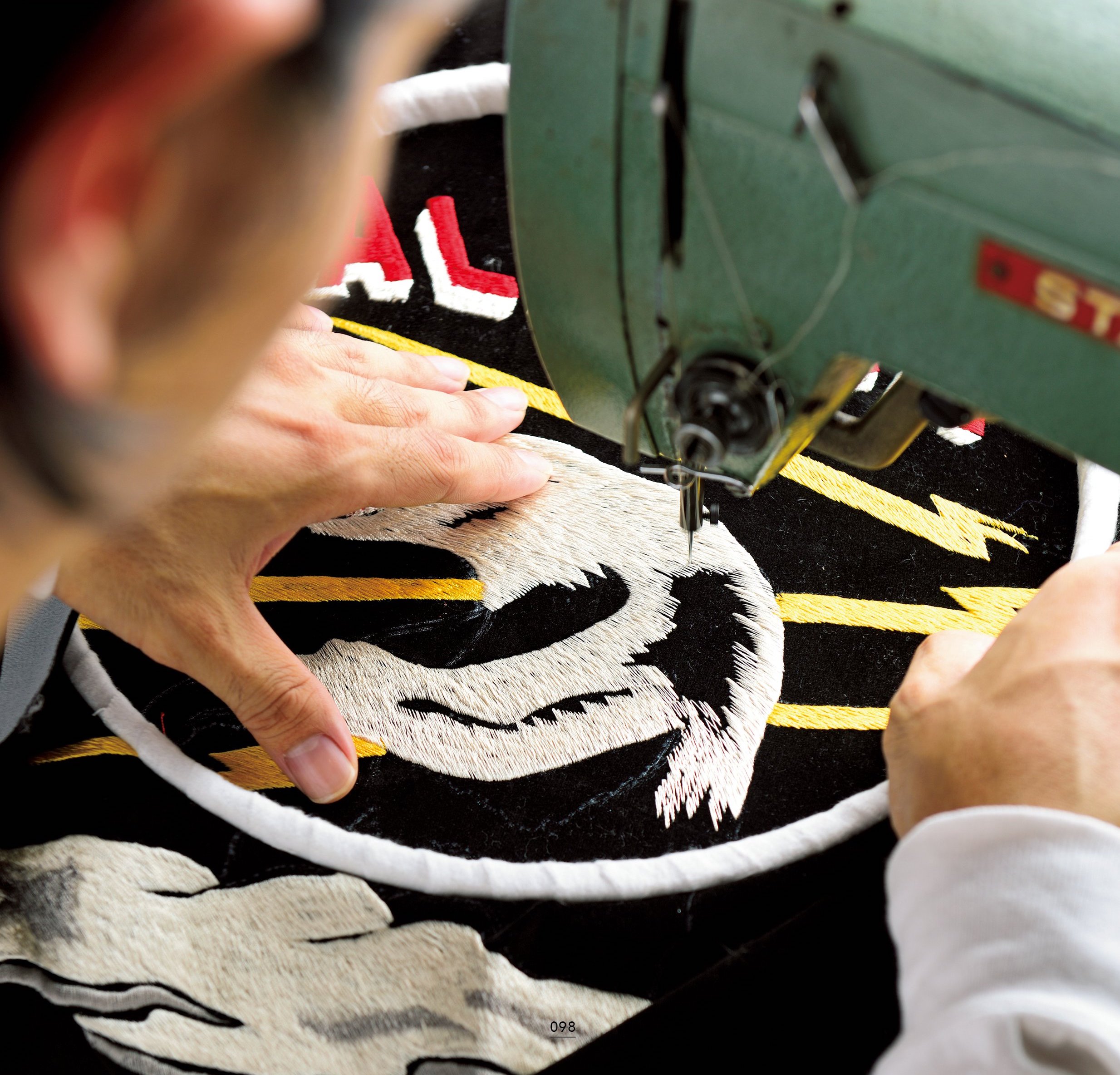 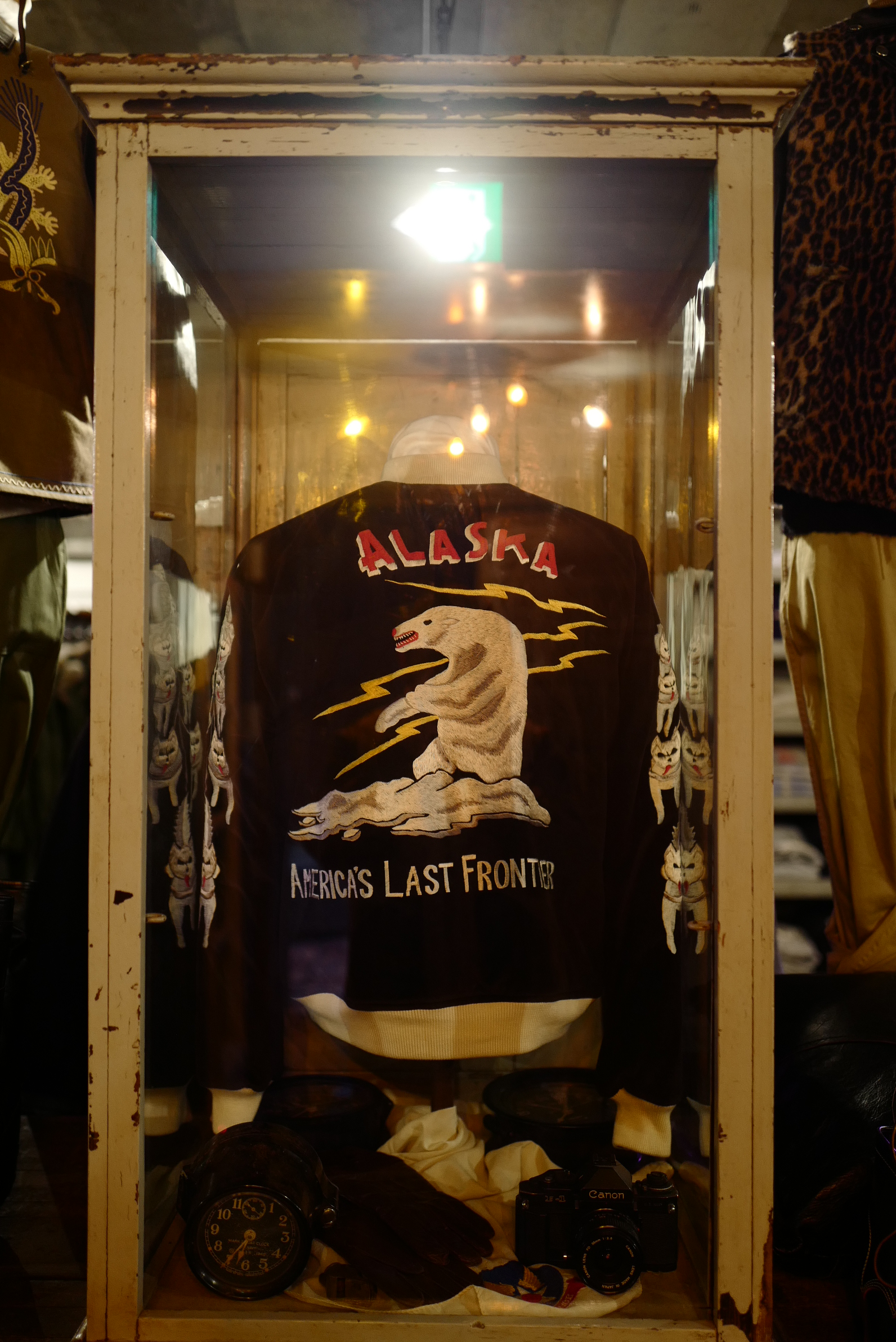