Developed during WW2, the Trousers, Field, Cotton, O.D. were issued to all military units including infantry and armoured divisions. Commonly referred to as the M-43 pants, the trousers were part of the 1943 uniform which included the M-1943 Field Jacket and was introduced after the Normandy Landings (D-Day) and can be seen worn during the Battle of the Buldge. 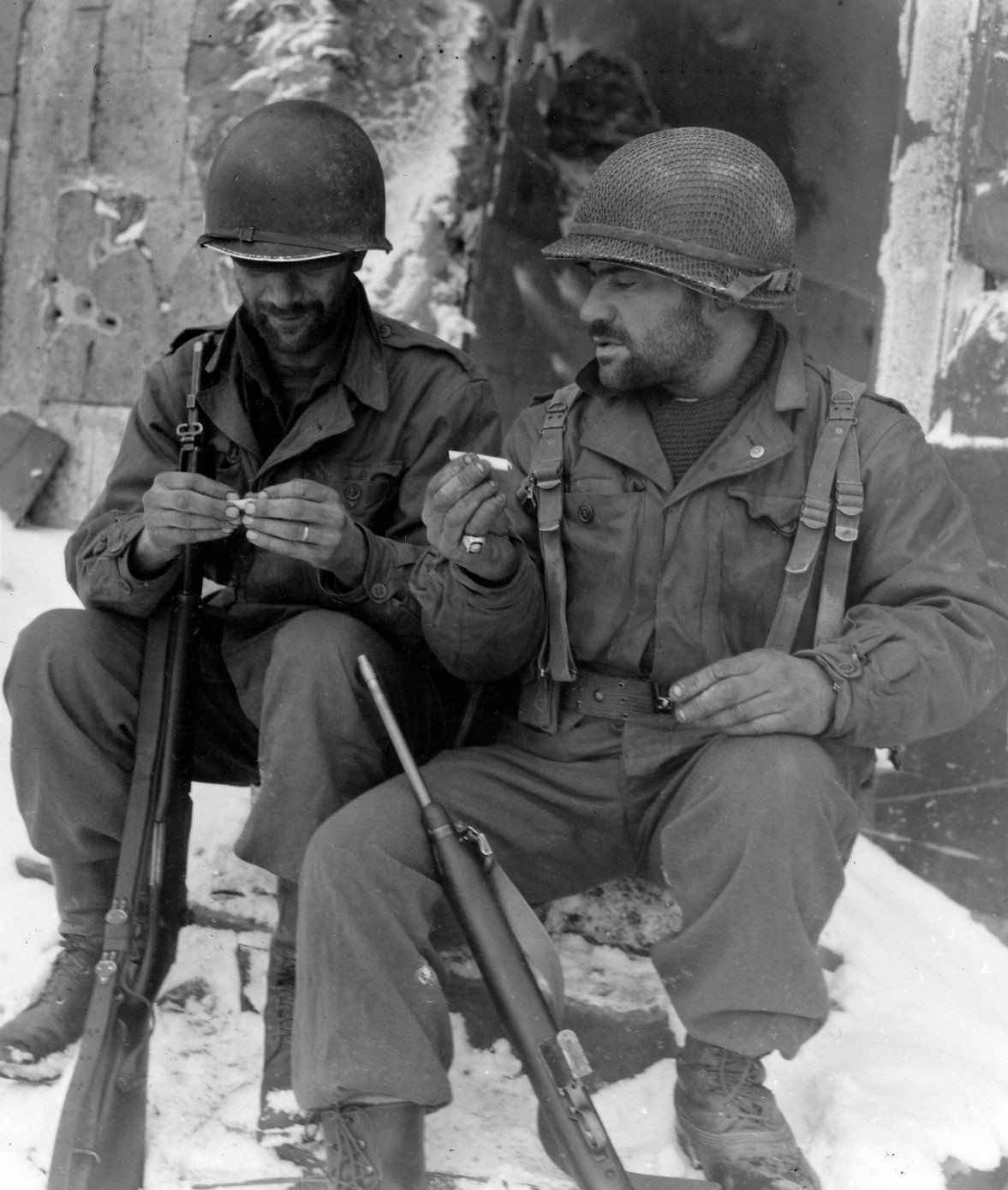