Based off those worn by U.S. Navy in the 1940s, sailors have been known to modify their watch caps by adding pom poms, there are many unconfirmed reasons why sailors did this, there are some accounts that the pom pom was an extra layer of protection to prevent knocking heads with other sailors when on rough waters or even an aid to help gauge their cabin height when inside. Another reason was to simply being able to have something to grab on to when removing their hats when wearing thick mittens. 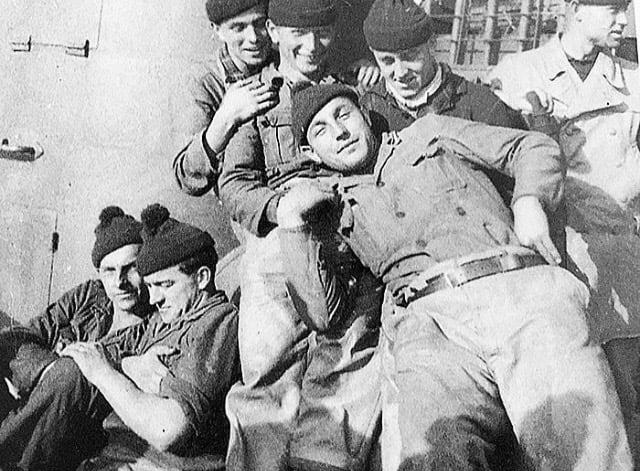