The fabric of this work shirt is made from a cotton corduroy which is then printed with a plaid check pattern, something which was often seen on hunting wear of the 1940s. The shirt is then finished with elbow patches and urea buttons, details seen on shirts of the time. 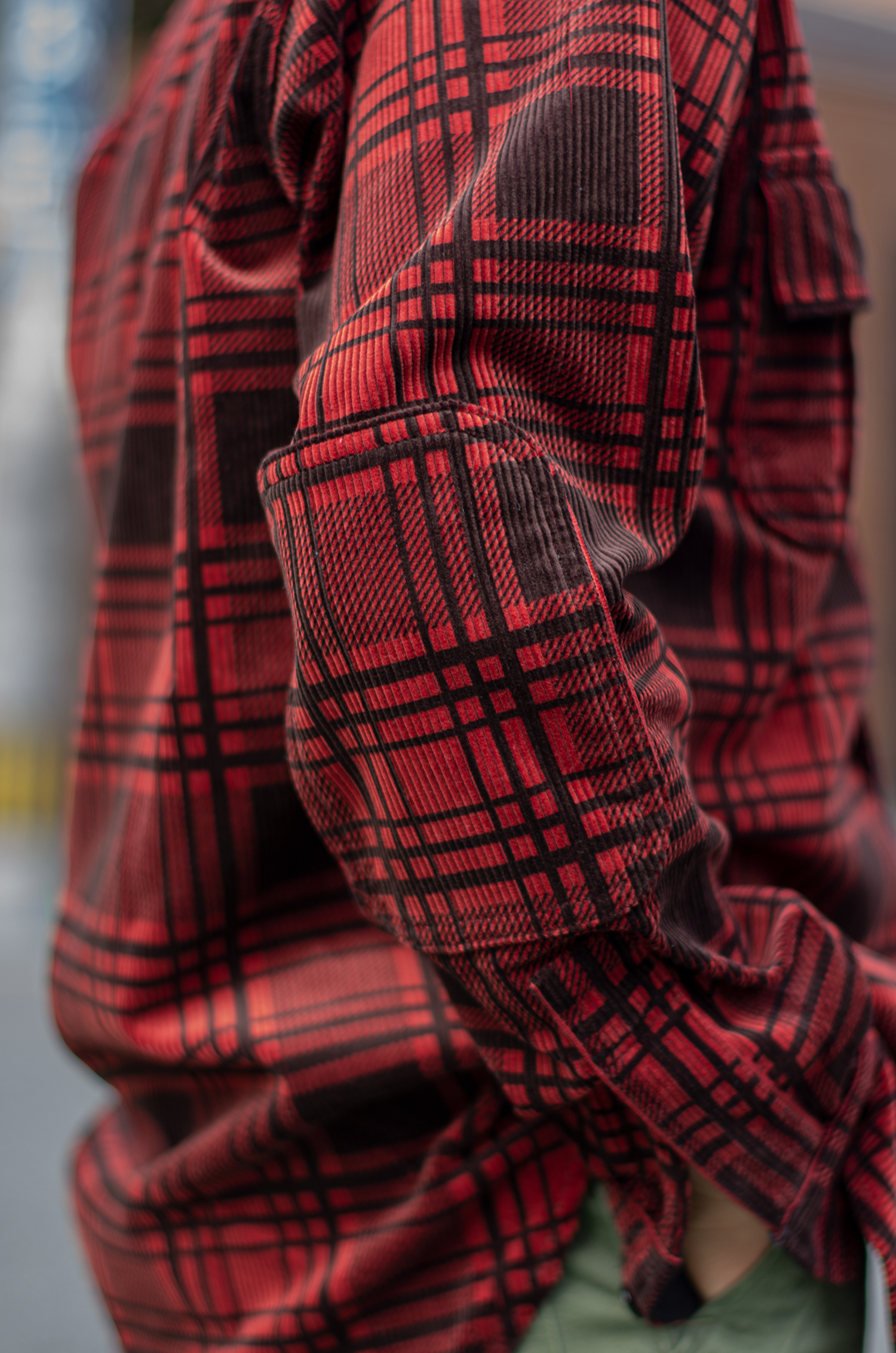 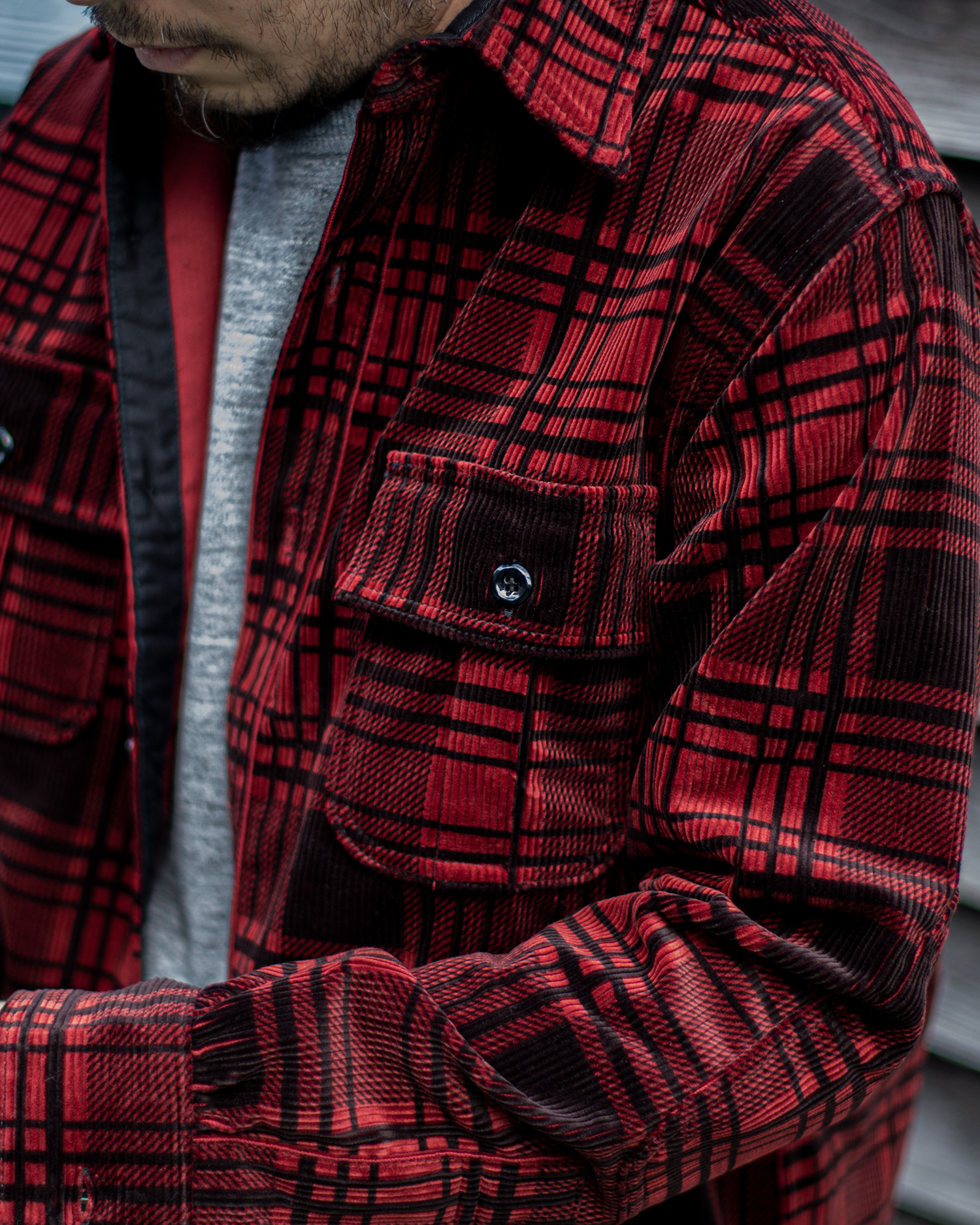